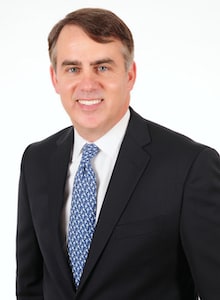 Stewart McMillan, Esq. is a former New York State Prosecutor duly licenced to practice criminal law in both the States of New York and Connecticut since 1995 and 1996, respectively. Mr. McMillan's main office is located in Larchmont, New York in Westchester County. He also has branch offices in Manhattan County in New York City and in Stamford, Connecticut. Over the years Mr. McMillan has represented the accused in all of the New York City Courts as well as in Westchester, Orange, Putnam, Dutchess, Rockland, Nassau and Suffolk Counties and in Fairfield County, Connecticut.

With a dramatic rise in alcohol awareness in the past five years alone, sponsored by groups like Mothers Against Drunk Driving (MADD) the enforcement of DWI related crimes and the penalties associated therewith have increased dramatically.

Among the factual circumstances that Mr. McMillan has encountered in his years of representing the accused include those charged at "checkpoints", those charged who are drinking (but not operating) in a parked vehicle and those whom the police mistakenly have believed exhibited the classic characteristics of intoxication (i.e., slurred speech, watery eyes and a disheveled appearance) because they were either ill, infirm, or because they had ingested legal, prescription or over-the-counter medication, such as cough medicine. DWI is a serious crime with serious and dramatic long-term ramifications if not handled properly. Although no Attorney can guarantee any specific result, a skilled and/or experienced attorney like Mr. McMillan can give an accused the best chance of beating these serious charges.

Featured Pro Bono Activities
Member in Good Standing - New York State 18b Panel for Poor Criminal Defendants charged with Misdemeanor and Felony Crimes
Non-Legal Activities
Little League Baseball Coach
Contact Us
Practice Areas
Client Reviews
★★★★★
I was arrested and charged with drunk driving in New Rochelle after a traffic accident. Mr. McMillan worked tirelessly on my behalf and ultimately got the charges dismissed following a jury trial. I would recommend him to anyone. Bob, former client
★★★★★
My son was charged with drug sale following an incident which took place at school. Mr. McMillan was professional every step of the way and worked to ensure a good outcome. We are thankful for his efforts. Pam
★★★★★
I was convicted after jury trial in Supreme Court (for a crime I didn’t commit). Mr. McMillan worked tirelessly to make sure my conviction (and sentence) were overturned on appeal. I can’t thank him enough. George, former client
View More
Submit a Law Firm Client Review